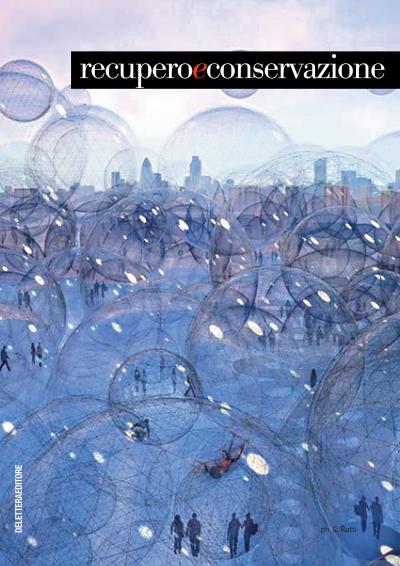 The virtue of looking afar

In our daily lives prudence is a very important attitude. Prudence comes from the Latin word “provvidentia”, and it means “looking forward”, “seeing afar”. It is therefore the ability to determine what to do or not do. When we have to decide what to do in a conservation project, this ancient virtue can assist us with its ability to consider what is particular and what is universal and to harmonize the small with the large in order to arrange even the minutest actions with broad goals. In short, it helps us to act properly.

Living spaces of the ancient knowledge, means creating a physical bridge between past and future, that reveal itself in the regeneration of the historical architecture as a place of living documentary evidence, usable according to the needs of the contemporary community. As a result of the latest restoration works, supported by the local administration, Classense Library of Ravenna is the perfect example of these concepts. Works with a strong sustainable value for a social and environmental role, because they allow to recognizing this building, the monumental and cultural reference point of the city, which reflects the community identity and rediscovers, living spaces, a high level of perceptive and psychophysical comfort.
The Classense library was constituted in 1515 by the arrival in Ravenna of the Camaldolesi monks at the monastery and church of St. Nicholas and the Mercy of St. Bartholomew hospital, which were restored, extended and modified until 1798. Within the complex, that occupies a block of about 10.000 sqm, the works touch the area of the 16th century minor court that through time has undergone considerable changes hosting multiple functions, from the hospital to the convent and then school of Fine Arts.
Interventions of restoration and refurbishing, started in the public library in 2001, will be related to the detailed documentary studies that will allow to choose how to preserve and enhance the testimonies of the historical evolution of the building, even through the conservation of matter and traces and the removal of incongruous additions.
The building will be made safe, both under a static profile and for accessibility, according to the current regulations, and for the suitable arrangement of the plant system to the new features. Simultaneously to a study of functional reuse of the spaces and therefore the new entry flows and horizontal and vertical path in the rooms.
The restoration faces the contemporary choices using steel, wood, glass and brick for the new additions. The interior forniture in metal and wood were designed ad hoc, for storing books and to allow the passage of the technological components and lighting, necessary for the use of the spaces, in order to preserve the historical existing. The project of new geodetic false ceiling enhances the precious frescoes discovered by stratigraphictest.

In the vision of the smart city, squares and plazas become intelligent spaces of meeting and citizen participation. Garbage, properly tagged of course, relays precious information back to city officials about how it can best be disposed. Household appliances auto-detect and display the amount of water and energy they are consuming in real time and can be controlled remotely by handheld devices. It is possible to harness energy produced from bicycles and move around without negatively impacting the environment. It is not difficult to comprehend the attraction of evermore quickly advancing technology on our daily lives. But the translation of the smart cities model to Europe should, in fact, spur more prudent urban approaches. We cannot separate this examination from several key contextual issues typical of the European city such as the historical matrix of urban form and the coexistence in cities of modern and historic places; a welfare model of proximity that has manifested itself in spatial terms; and the resistance of urban contexts to social and ethnic mix.

The challenge of reducing energy demand for historic and heritage buildings, while improving people indoor comfort is widely recognized as common economic and scientific issue.
Historic buildings are not always equipped with mechanical systems for indoor microclimatic control, therefore the indoor climate is strongly dependent from outdoor environmental parameters and specific building dynamic behaviours. Due to the building permeable system, people and exhibits thermal comfort, might drastically change throughout the year or even during a specific day.
Energy and environmental improvement, also for existing buildings is properly considered as a priority within the European energy saving Directives. Nevertheless these design purposes have to be merged with the fundamental needs of building protection. In historical and heritage buildings, each energy retrofitting strategy should be based on the minimum intervention approach.
Reducing the internal summer heating load by increasing the natural cross ventilation or by allowing air mass exchange between different building parts, responds to the double aim of improving the indoor comfort for people and artworks while reducing the energy cooling demand. Furthermore the building architectural integrity may be retained.
Within the first part of this article, few considerations on passive cooling in historic buildings are discussed, together with potential drawbacks raising from this intervention typology implementation. Moreover, an example of application of this strategy, aimed at reducing the summer overheating in a monumental building, is given. in the second part of the article, simulation methodology and simulation results will be discussed.

The restoration works of the stone decorative elements of the “Palazzo dei Capitani” of the Pistoiese Mountains in Cutigliano
Alessandro Suppressa, Antonella Galli

The “Palazzo dei Capitani” of the Pistoiese Mountains is still today the heart of the mountain village of Cutigliano, in the province of Pistoia. It was built at the end of the 14th century, as the residence of the Captain of the Pistoiese Mountains, a functionary appointed by the Florentine government and charged to rule the Pistoiese Mountains district.
In 1377 the delegates of the seven mountain communities met in Cutigliano and drew up a contract to buy the plot of land upon which the mansion was built. The closed and compact shape of the palace, that recalls the public buildings that sprang up in Tuscany during the 13th and 14th centuries, had been made less austere and more complex over time, by adding the blazons of the series of Captains who superseded each other in governing a large part of the Pistoiese Mountains.
They result in messy arrangement, as stratified, and often engraved with the name of the functionaries and the duration of their mandates. Some coats of arms have survived to this day in fragments, whereas a tampering with other elements was confirmed, because they aren't in their original positions anymore.
The terracotta polychromy, the stone stylistic and chromatic variants lend the facade a narrative power that recalls the hamlet history and, at the same time, the craftmanship of the art workshops peculiar to the territory of Florence and Pistoia.
The restoration works just concluded gave the opportunity to regain dignity of the blazons and a rediscovered reading of this architectural composition which is still able to communicate and catch the eye of passers-by.