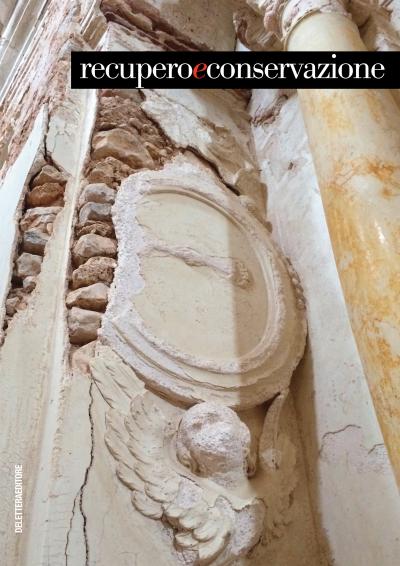 The state of fragility, of inevitable decay due to the passing of time, renders our monuments true wounded witnesses of our past. It is a matter of being able to accept the time, the only actual element of life. Perhaps we do not realize it but the materials have a great significance for us: it is fundamental to pay attention to their depth, opacity, weight, their “patina” and their aging process.

The connection between climate and construction has always been symbiotic and it has deeply influenced the technological and constructive choices of the past.
For this reason, a correct approach to ancient buildings has to take into account, in addition of their constructive characters, also of their environmental system, which includes natural ventilation systems. The importance of the latter is a priority, especially in the process of intervention for their reuse and integration with new system’s components.
The Architecture of the Arab world influenced the role of Mediterranean architecture as a climate control system, with the introduction of several transition spaces b(like the porch) which provided an intermediate level of comfort between the inside and the outside (Grosso, 1997; Picone, 2009), until, in Europe, the concept of Villa was established between the '400 and the '500. Many stratagems for the summer air conditioning can be traced in this period, like the ones of the sixteenth century aristocratic villas in Costozza (Vicenza).
The ingenious system consists of the so-called "ventidotti", a series of underground tunnels where air from caves, at a constant temperature, is conveyed by natural convection to the rooms, allowing a natural cooling in summer, and to mitigate the low temperatures in winter. Also the so-called "rooms of the scirocco", of which there are famous examples in Palermo, are well known.
A big progress towards the current concept of air conditioning systems took place in the nineteenth century with the invention of what Cetica (2004) called " ventilation - heating binomial." Thanks to this new concept, in fact, natural ventilation was going to be also used as heating system and not only as cooling system. It is the invention of proto-equipment of centralized air conditioning.
The principle of operation is to channel the stove hot air to warm every room in the house, creating a parallel process of expulsion of stale air and intake of fresh air so to ventilate the indoor environments.
This was the main heating system for most of the North American residences in Victorian times. An interesting example of this system has been found in the house of figures 2-5. Also the case study of figures 8-10 presents a system of this type. The importance to deeply know the presence of the past conditioning systems is widely demonstrated by this building. In fact, during the recovery intervention, a relief of all the old channels was made with the intent to reuse them to insert the piping for the new air conditioning system.

The research about bolognese suspended ceilings was enveloped comparing the copious local production on the manuals with the numerous data collected through survey campaigns and archivist investigations. From the research emerges that in Bologna, as highlighted by Serlio in his treaty, exists a constructive and figurative glossary deserving to be collected and analyze, since representative of a local reality, that stands out in the Italian panorama of that period.
The various typologies observed were analyzed and supported by graphic tables, synthetic and detailed, that highlight also the relation between figurative language and constructive choices, in purpose to create a functional sensibility to their conservation and seismic improvement project.

The restoration of historical, artistic and decorative features and the seismic improvement of the structures are interventions that interact between themselves. For the decorative features it is possible to define a seismic vulnerability evaluated as a function of the intrinsic characteristics of the goods and of the structures with they interact. Starting from the definition of the limit state of damage to artistic goods (s.l.a) is possible identified a path for the identification of the strategy of intervention and for the determination of the limit state of damage to the historical and artistic heritage.