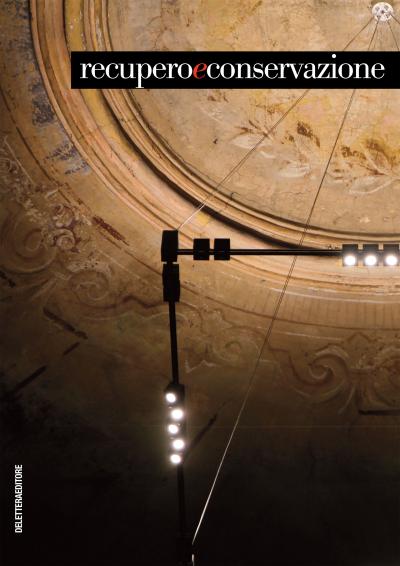 THE RIVER MATTER, A TALK ON BEAUTY

The occasion of outfitting the new Riverine Archaeology section of Crema’s museum, allows us to think about our relationship with the past and its testimonies. The ancient log boats have a remarkable beauty starting from their millennial matter. 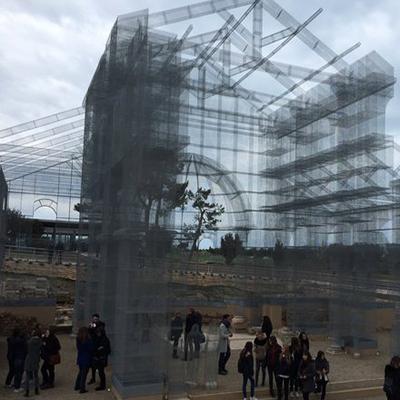 Palazzo Pica Alfieri is one the most important buildings damaged by the 2009 L’Aquila earthquake. Splendid ancient frescoes decorate the vaulted ceilings of the building, now under restoration. Most of the vaults are made by thin brick tiles and will be retrofitted using the method known as “GFRP reinforced Catalan vault”, recently proposed by the authors (Borri. A., Castori G., Corradi M., Vetturini, R., 2013) (Borri, A., Castori, G., Corradi, M., 2014).
This paper includes a preliminary analysis of the building, of its history and of the damage produced by the 2009 earthquake. Details of the damage of the vaulted ceilings will be given. A new application of the reinforcement method will be justified and presented which can be applied on large thin vaults. The reinforcement procedures and critical points will be also contained and discussed within this paper.

Light plays an important key-role for the fruition, valorization and organization of the space inside churches.
The sacred architecture needs light to accentuate its symbols and functions.
Several situations can happen in a church: great solemnity and meditation, the prayer as communal ritual action besides the personal and quiet prayer of a single believer, the vision of the church architecture and the fruition of works of art displayed in it.
During the liturgy, space and light inside a church play a key-role. The church lighting shall match with every moment of the liturgy, highlighting the ceremony with great sensitivity.
The main aim of this paper is to show the lighting design process of the church of S. Maria Vergine Assunta in Villarfocchiardo (Torino - Italy).

A NEW LIFE FOR THE SEVERI THEATRE
Silvia Brunoro

The article illustrates the renovation and conversion project of the Severi Theater, built in 800 with a remarkable façade with twentieth-century art nouveau styles. After years of underuse and progressive degradation Theatre has seen a new light with a functional program that will lead to a full recovery by installing different activities to ensure continuity in the enjoyment with the involvement of various actors in both public and private hosting, in addition to real theater, meeting rooms from 20 to 100 seats headquarters of associations and exhibition venues.
The intervention was designed and directed between 2009 and 2012 by bc studio architects Ilaria Bizzo and Stefano Cornacchini, young professional and family partnership - the two technicians are in fact married- active throughout northern Italy. The assumption of the designers was simple and radical: to valorize the real valuable elements and replace all incongruous layers of artifacts and finishes with new elements. The building is then detected with maniacal precision, consolidated and reintegrated into its outer box, especially the nouveau facade, and internally redefined to make it accessible and efficient to modern standards.
The restoration project reflects the desire to redevelop the building by inserting different functions, compatible with each other and, at the same time, independent of each other. The intervention strategy involves the insertion of independent blocks from each other and from the original building: the approach can therefore be summarized in "building built in" strategy that favors independence, recognition of enhancement interventions and inclusion of new functions in respect of the pre-existence, without altering the story but at the same time adapting the building to new needs and giving a new life.
The intervention is implemented in batches, and consists in a common area on the ground floor used as a foyer and temporary exhibitions, a toilet block for the public, a hall with 40 seats and a 100 tthat can be merged by means of moveable panels. On the first floor, not yet completed, will place the headquarters of the cultural associations of the territory, a new block of services for operators and two meeting rooms. These last two areas will be opened to the 100-seat hall, constituting, in fact, a gallery. Also this rooms can change configuration by the use of moveable panels becoming, when necessary, offices or gallery of the theatre. A special mention to the restauration of the liberty façade that was minutely cleaned by hand and intergated un the missing parts with compatible resins.