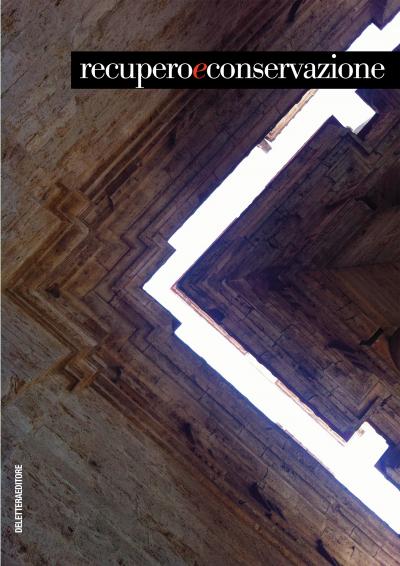 We are surrounded by noise. Our acoustic condition is worrying and we should do something about it as soon as possible. Even in architecture silence plays a vital role. Buildings are in fact some sort of museums and libraries of silence. Architecture can transform time and even create silence. So to experience a building is not only to observe the spaces, the surfaces and the shapes and colours but also to listen to its silence. The role of architecture is to create, preserve and protect the silence.

The article presents the experience of the city of Bolzano in the transnational cooperation project called EPOurban Central Europe. The Project "Enabling Private Owners of Residential Buildings to Integrate them into Urban Restructuring Processes" intends to overcome the ongoing changes by making available instruments for the activation of private owners in order to integrate them into housing and urban development strategies. Specifically, the city of Bolzano has finalized its activities to the multi-disciplinary consultancy, technical, economic and financial, aimed at retrofitting the energy efficiency of apartment buildings in line with the guidelines of the Master Plan and the Plan CO2 neutral.
The urban retrofit of the existing cities is evidence that society is able to innovate without destroying the roots on which it stands. It means respect and coherence that contrasts with the increasing unbalance of our environment.
We need to rethink the refurbished buildings as sinks of energy and primary sources, such as opportunities rather than problems to solve, such as tools that preserve material and energy without consuming them. Hence, it is not only a technical matter, but a new approach for the sustainability of the refurbishment. In its design, conservation and modernity are two contradictory terms. The positive connotation that in recent years the term conservation has, as a synonym for the preservation of monuments and historical memory before then, it is often in contrast with the concept of modernity, namely the scientific innovation that departs from what has already been done to change. Simplicity, accuracy and technique are three guidelines for the design of the energy refurbishment of buildings. Simplicity to facilitate design flexibility for future interventions and maximize cost-effectiveness, accuracy and the ability to highlight the scope of intervention, technology as a tool to explore new methods and solve the relationship between building and project that is the weakest link in the process.
The urban retrofit of the existing cities stock becomes an action able to measure the ability of a society to build its own culture with the heart turned to what it was and with the brain turned to what will be.

CATHEDRAL OF AVERSA AND THE BELL TOWER

The Cathedral of Aversa was built in the eleventh century by the Normans. Throughout its history the monument has been subject to modifications, extensions and conversions, for its location in the high seismic risk area. The original bell tower collapsed in the fifteenth century and was rebuilt in 1499 outside the cathedral and later connected to the church Norman by a bridge. The earthquakes of 1694 and 1702 brought down much part of the building, so the interior and facade of the monument were adapted to the architectural culture of the time. Following the earthquake of November 1980, the bell tower was ruined in a serious risk of collapse static.
In 2008 Archicons developed the restoration project and the Diocese has contracted out the restoration work of the external facades of the cathedral and of the consolidation and restoration of the bell tower. The external facades of the cathedral had an advanced state of decay, so were affected by work aimed at cleaning up, cleaning and restoration of stone surfaces and decorative elements, with reinstatement of deteriorated plaster and whitewash protective. They were also carried out interventions for the painting, for the restoration and protection of friezes and cornices, and for the recovery and painting of wooden window frames and all the iron works.
The bell tower is a massive structure with a square layout built on four levels until the cell octagonal summit that, before surgery, performing a worrying crack pattern and a serious state of deterioration of materials and surfaces. The horizontal elements of the tower, consisting of a cross-vault coverage on the first level and wooden floors on the upper levels, were partially collapsed and not practicable.
The work has requested extra strictly activity to achieve the purpose of the restoration, which is identified with the maximum preservation of built material and minimum intervention. To the definition of additions and technical solutions to be adopted, they have been used materials and compatible and tested technologies, preferably local and traditional. It is the criterion of recognition theory and therefore of distinctiveness, which is an important requirement for the restoration of the heritage of the past.
The consolidation of the bell tower required a complex set of interventions that are extended from the foundations to the entire structure off the ground, until the cell summit. These are: a) static consolidation work; b) demolition and/or reconstruction; c) remediation and restoration of the masonry; d ) measures to adapt the functional and technological.

The urban fabrics, and particularly those that have formed as a result of spontaneous expansions, are characterized by the presence of areas of result, free spaces and courtyards scattered in a disorganized manner. That their fragmentation may represent an interesting opportunity to set a unique and original approach to restore and enhance the environment. The study, to this end, illustrates a methodological proposal which aims to highlight the identity values of the architectures that delimit these spaces. The objective is to activate the synergies times to put in relation spaces and architectures to enable good practice by proposing the design of small interventions of green areas, aimed to furnish and make it comfortable spaces, so as to make them attractive and so as to facilitate their attendance and the rest from the people.
It is the identity elements of the architecture that define the space that you can find elements of recognition peculiar, on the basis of which identify the correspondences to create relationships that will generate mutual growth in value. The method is therefore proposed criteria to be used to achieve a revitalization of areas, such as the inclusion of "green volumes" designed by referring to the floral decorations consist of easily traceable in the ornate facades of the buildings that surround them.

TO UPGRADE AND RENOVATE THE EXISTING SCHOOL BUILDING HERITAGE

The school as a teaching tool for a school building of the '30s with the use of ICT
Paola Lassandro, Teresa Cosola

The article deals with research activities and actions to improve energy efficiency of school buildings that are carried out by ITC – CNR (Construction Technologies Institute-Italian National Research Council), Municipality of Bitonto and Interuniversity Center ABITA (University of Florence). The study highlighted the possibility of using the school building as a teaching tool in the process of improvement of energy performance and comfort conditions through participation and sharing of analysis and results among the various stakeholders (school community, local authorities , school managers, teachers, technical staff, etc.). This could be pursued through the innovative use of ICT (Information Communication Technology) on the existing school building heritage, as we validated on the case study of an historic building of the '30s.