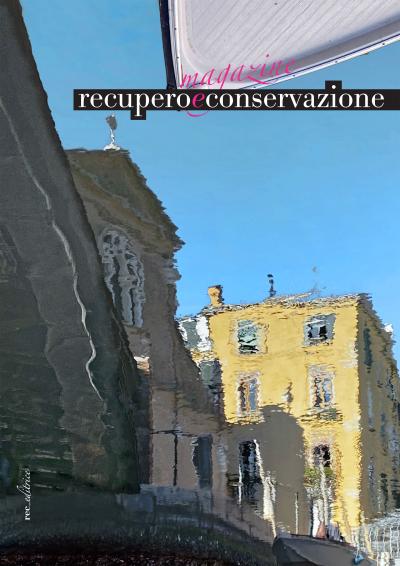 NOT ONLY A REVIEW

Today in the architecture field we need less bureaucracy and rules but more sure and fast answers for the approval or the rejection of projects. We need rules that are easy and simple to understand from the executive.

The earth is a closed system, in which our stay is only temporary. And instead of acting like responsible guests, preserving what makes our presence possible, we have created a system that endangers our very existence and that of many other beings who inhabit this planet. Just visit one of our construction sites: we extract raw materials, use them, then throw them away. To counteract this fact, on the basis of a book by T. Rau and S. Oberhuber, I propose to establish a passport of materials in view of their recycling. The Matasto could be a smart way to protect the rights of materials and take a step towards a circular economy. 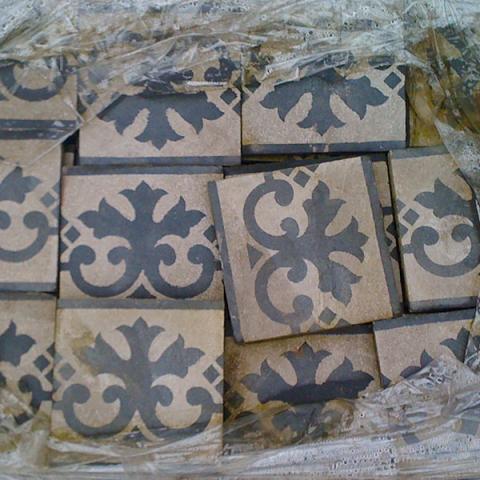 The Cathedral of Ferrara has medieval origins that are still clearly visible in the external elevations, while the interior has eighteenth-century characters, the result of a complex renovation which, presumably, conceals the original structure.

Following the 2012 earthquake, a functional lot relating to the safety and structural consolidation of the eight pillars was prepared, with funding from the Emilia-Romagna Region as part of the Post-earthquake Reconstruction Plan 2012, leaving the restorations of the finishes and any analysis on them to a later phase.
The current study, focused on the major pillars, is finding medieval pillars within the eighteenth-century pillars from referenced of fragmentary historical sources, to provide basic information for the structural project, with extraordinary findings of parts still intact. 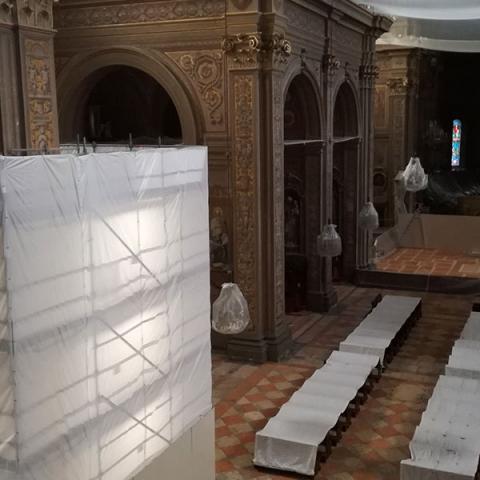 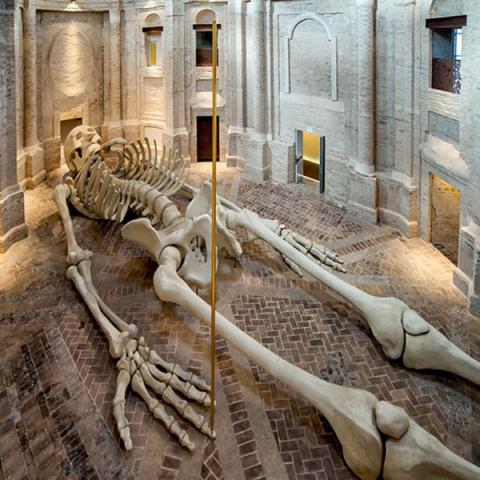 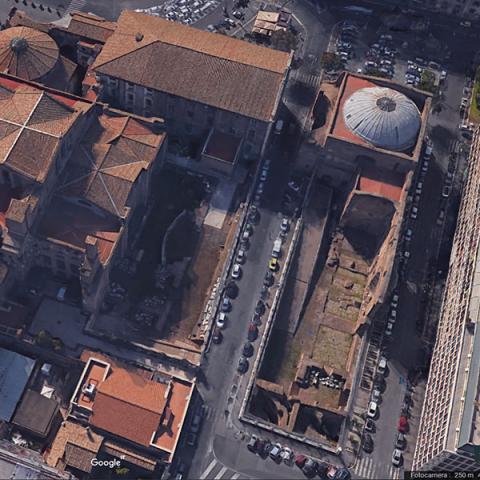 A COMPARISON BETWEEN TWO CONSERVATIVE APPROACHES

The study of the historical and architectural developments of the Historical Library of the University of Salamanca, in Salamanca (Spain) and the Royal Palace of Venaria Reale, in Turin (Italy), with the help of the microclimatic data and the support of the virtual simulation, allowed to compare the results of two different strategies of interventions on two differing historical buildings. The firs one falls within the logic of the restoration and the second one falls under the field of recovery, valorisation and requalification. This paper aims to explain the logics, the purposes, and the outcomes of both those approaches. 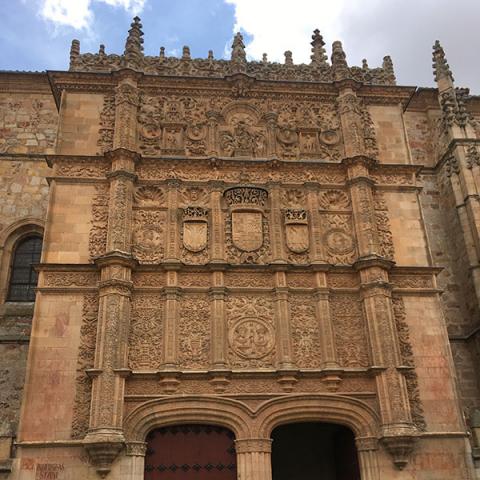 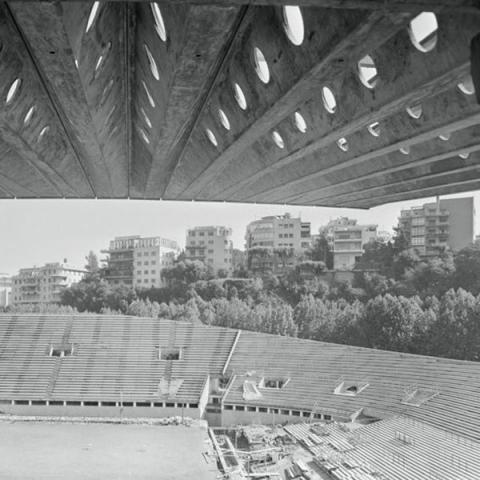 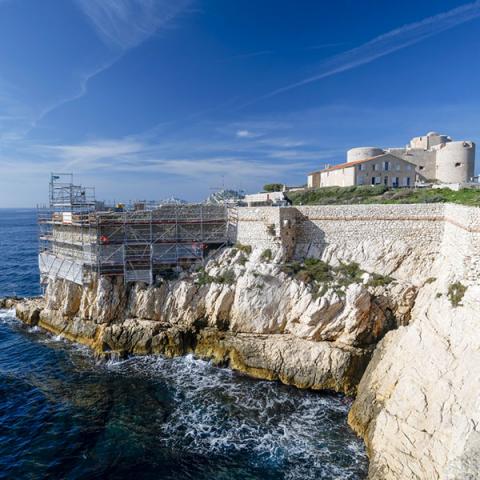 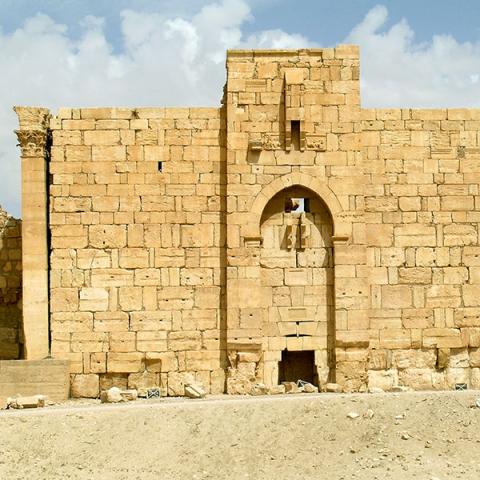 The facade and the balconies of Palazzo Bastogi, the Historical Archive headquarters protected by the Superintendence of Florence, has been reinforced thanks to carbon fiber polymer materials; the huge degradation of the pietra serena has led to an binding intervention with CFRP. 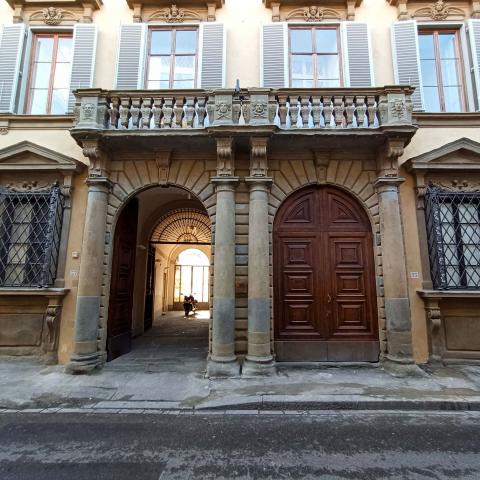 THE RESTORATION OF MODERN ARCHITECTURE

A restoration that lasted four years has recovered “La Saracena”, the villa built overlooking the sea of Santa Marinella by Luigi Moretti in 1957.

A work that traced the history of its making-of by using all possible sources: from the original detailed drawings to vintage photographs, from Moretti's sketches to the testimonies of those who had worked on the site or lived in the villa. A painstaking work to reassemble the "pieces" of a modern masterpiece and give it back to us. 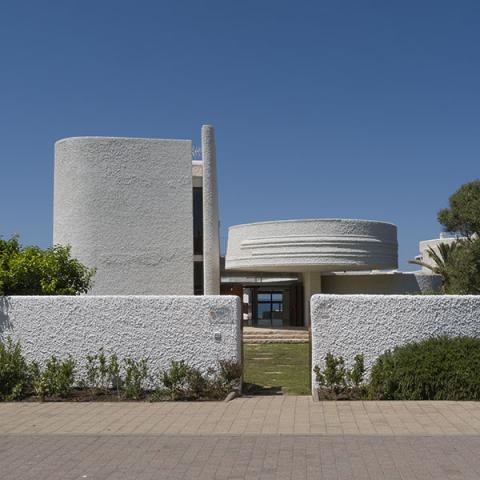 ZINTEK® TITANIUM ZINC FOR THE CUPOLA OF CASTEL DANTE

Conserving history allows us to look to the future

The new roofing solution for the Shrine of Castel Dante in Rovereto is made of Zintek® titanium zinc slabs. The replacement of the original lead roof was made necessary by long-lasting water infiltration issues, and a valid solution was identified in Zintek® titanium zinc, which ensures a long lifespan for the structure, also thanks to the application of a double seaming system, in addition to offering an aesthetic look with a chiaroscuro effect that is similar to the original material. 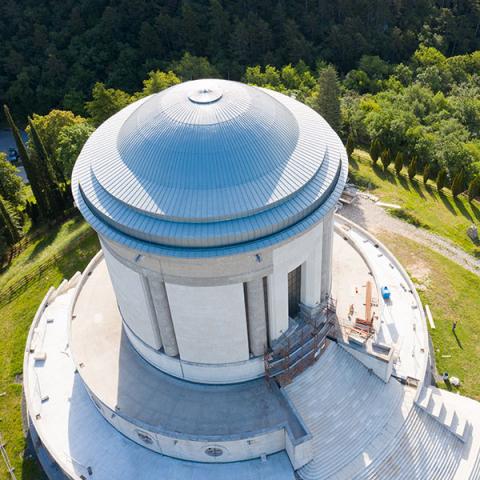 SUSTAINABILITY AT THE CHURCH OF SAN GIUSEPPE DEI FALEGNAMI

The church of San Giuseppe dei Falegnami is located on top of the Mamertine Prison, at the heart of the Roman Forum. It was built in the first half of the 17th century and what we see today is the result of restoration work concluded in 1884. On 30 August 2018 the roof collapsed, as did a part of the gilded coffered ceiling, which was decorated with carved elements from the Nativity and the Saints Peter and Paul, as well as the marble floor of the nave. As soon as the safety measures had been completed, the restoration work began, which from the beginning aimed to guarantee the sustainability of the work by the application of, and in some cases exceeding, the “Criteri Minimi Ambientali” required by current legislation.This Church is the first example of the restoration of a religious building adhering to the GBC Historic Building® protocol and will be a model for projects in the future. 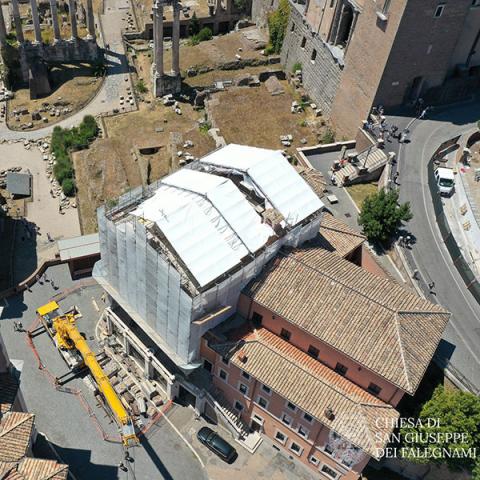 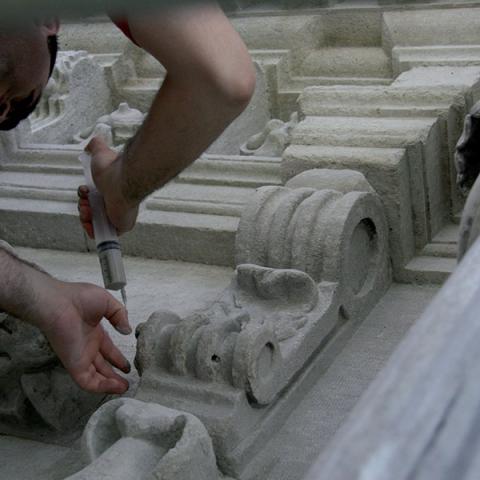 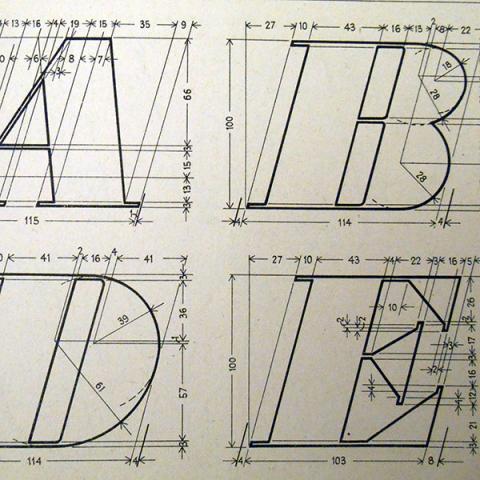 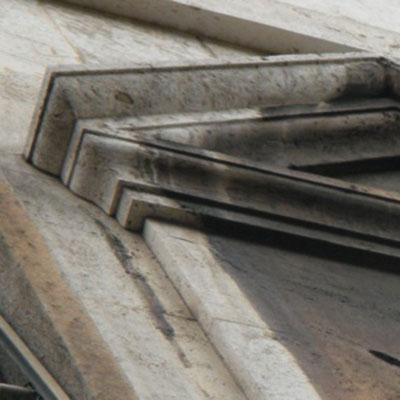 The new public elevator in the cathedral of Sora
Claudio Varagnoli

The cathedral of Sora, in southern Lazio, has recently undergone restoration and liturgical adaptation works. The insertion of an elevator inside an Aragonese tower (15th century), now makes the monument accessible to a wider public. The result is a minimalist architecture, thanks to the control of materials and construction details. 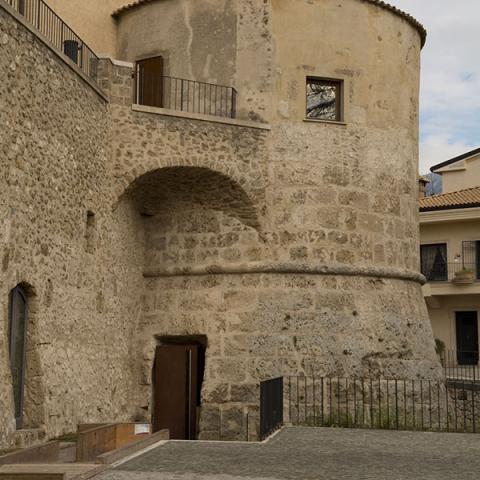